The Philippines was named the Offshoring Destination of the Year by UK’s National Outsourcing Association thrice. Undeniably, the country that was once a Commonwealth under the United States has risen as the top outsourcing destination in the world.

However, while outsourcing to the Philippines benefited countless of US business owners and companies, there are those who failed. There are different reasons behind these unsuccessful outsourcing stories, but one of the most overlooked reasons is that many outsourcers don’t take the time to get to know their Filipino remote workers – their traits, their traditions and their personalities in general.

In a remote setting, it’s easier for a company or a business owner to be detached from his or her remote team. Oceans apart, it’s easier to neglect the importance of connecting with employees on a deeper level that takes into consideration their culture and inherent characteristics. This opens the door wide open for misunderstanding and miscommunication.

And this is exactly why a lot of business owners fail to establish a good working relationship with their remote Filipino team. Sure, you’re the client and your service providers should make the effort to adjust to your system. But a successful outsourcing relationship goes both ways. It’s also your responsibility as an outsourcer to get to know your remote team and compromise to their values, personalities and belief systems.

Of course, every individual Filipino employee would have his or her own personality, but there are common denominators across everyone (or at least across the majority). Here are 10 things every outsourcer needs to know about Filipinos.

You have to keep in mind that the Philippines was colonized and was under the rule of foreign powers for three centuries. For 300 years, Filipinos had no choice but to keep to themselves. Even after gaining independence, this shyness stayed on and it even became a trait that was passed on from generation to generation.

With globalization and modernization, Filipino workers are getting more liberal and outspoken, but the majority still fall under the shy category, especially if you’re hiring from someone outside of Metro Manila (the country’s economic and education center).

This is why it is important for you as an outsourcer to encourage your remote team to speak up at the onset. And you have to do this encouragement repeatedly at the beginning as your virtual staff is getting to a certain comfort level.

2. Filipinos Tend To Be Sensitive

Filipinos don’t have the thick skin that Westerners have. It’s not really a sign of weakness, it’s just that they tend to take comments and feedback as if it’s a personal attack. Sometimes, Filipinos can get emotional with the slightest change in your tone of voice.

This can hinder productivity and can cause unnecessary tension between you and your remote team. This does not mean that you have to filter everything that you want to say. You just have to be more mindful and careful with your choice of words. Also, it would not hurt to reiterate to your remote employees not to take your feedback too personal and that you’re saying things to them to help them improve their work, and not to make them look incompetent.

3. Filipinos Are Hard Working… For The Right Boss

A lot of local economy experts in the Philippines believe that the country’s greatest export is its people. Filipinos are not only known for their skills and talents, but for their work ethic as well.

Well, that is if you’re the right boss for them.

We don’t want to sugarcoat things, so we’re just going to give it to you straight – there are instances wherein a Filipino worker just leaves his/her employer without a word. This is a risk that comes with outsourcing, not just to the Philippines, but to anywhere in the world.

However, once you gain the trust and confidence of your Filipino employee and once you’ve developed a productive work relationship with them, they are willing to go the extra mile to make you happy, even doing things that fall beyond their job description.

Tight kinship is a signature trait across almost all Filipino families. It’s normal for you to see kids staying at the house of their parents even after marriage. Family occasions such as birthdays, religious holidays and celebrations of personal milestones are observed.

Don’t be surprised if your Filipino employees ask your permission to take the day off to attend these celebrations or to file a leave of absence on the same day they need to take care of a sick loved one. In fact, incentivize them by giving them a time off that they accumulate over time.

5. Filipino Workers Will Take On A Low Salary, But Would Leave You Immediately Once They Get A Better Offer

One of the reasons why the Philippines has risen as the top outsourcing destination in the world is because of its low labor costs. It is totally possible to hire a full-time virtual assistance for $250 per month – sometimes even less.

However, once they get a bigger offer from another employer, they won’t hesitate to leave you and move on to greener pastures. This is especially true if you’re dealing with really talented and highly skilled individuals with a Bachelor’s degree from a reputable university. They would take your offer because they need the money, but once a more lucrative offer is put on the table, they would grab the opportunity to earn more.

And essentially, leave you behind.

This is why it is important that you pay your Filipino virtual staff competitive salaries. For example, a talented writer with five years of experience can command as high as $600 per month. It’s not peanuts but it’s also not as expensive compared to a similar caliber writer based in the US, with the same number of years of experience.

Again, Filipinos would rather keep to themselves than express what they’re truly feeling and thinking if they think it would cause tension between you and them. Although most of the time, they’re just assuming that you have the same level of sensitivity that they do, when in fact, you understand that there would be clashes every once in a while, especially when discussing ideas.

You have to reassure them that feedback and comments are always welcome, that it would actually help you grow your business as well as give you an idea on how to deal with them better. As long as a certain level of respect and professionalism is maintained across all communications, then they can say what they want to say without being worried about whether they would offend you or not.

7. Filipinos Won’t Tell You About A Problem Until It’s A Full-Blown Crisis

Filipinos don’t like to look incompetent, especially to a foreign employer. They’re out to prove their worth and would rarely complain or raise an obstacle they’re encountering in doing their work.

At one point, this is good because you are encouraging them to be resourceful. But there are times that you would rather have them bring up a problem sooner rather than later. For example, if a deadline will not be met.

Encourage resourcefulness and independence, but also reiterate the importance of meeting deadlines and work quality. Assure them that it’s okay to ask questions and that you wouldn’t take it against them if they ask for your assistance on a certain task every once in a while.

You have to understand that financial literacy in the Philippines is not as high compared to the US or even its more developed Asian neighbors such as Singapore or Hong Kong. The majority of Filipinos live from paycheck to paycheck and it’s very rare for people to have a financial safety net, except for those who are already on the upper echelons of the corporate world.

This is why it is important that you pay them on time. They plan their monetary activities around the date that they’ll be receiving their pay – when to pay the bills, when to deposit the rent, when to pay their kid’s school tuition, etc. They won’t have extra cash to tide them over while waiting for you to pay them.

Paying your Filipino employees late is definitely a deal-breaker, so make sure that you pay them on the date you promised, because if not, they won’t hesitate to leave you for someone else. 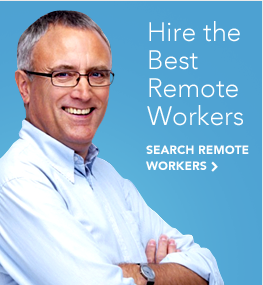 A Beginner’s Guide to Outsourcing Remote Talent: Who Should You Hire?

Did You Hit A Jackpot? 8 Signs That a Remote Worker Is a Good Hire 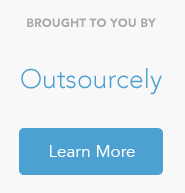